In search of typical flavours from Piacenza 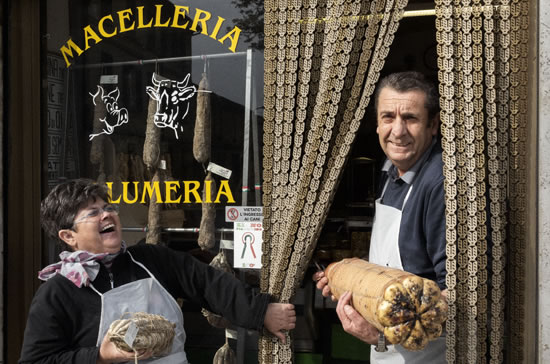 The pleasures of the table are another good reason to come and discover the Val Tidone. In the numerous trattorias and farm restaurants in our valley you can taste typical dishes from local Piacenza cuisine and cured meats from local producers.The province of Piacenza is perhaps the only one in Italy that can boast three cured meats with Protected Designation of Origin. PDO is the European recognition that protects and develops typical agricultural products and is awarded to those products whose entire production cycle, including the supply of raw materials, takes place in a given geographical area. The PDO cured meats from Piacenza are “salame”, “coppa” (made from the neck fillet) and “pancetta” and here in the Val Tidone there are numerous artisan cured meat makers who still produce them in the traditional way to preserve their typical flavour and quality. 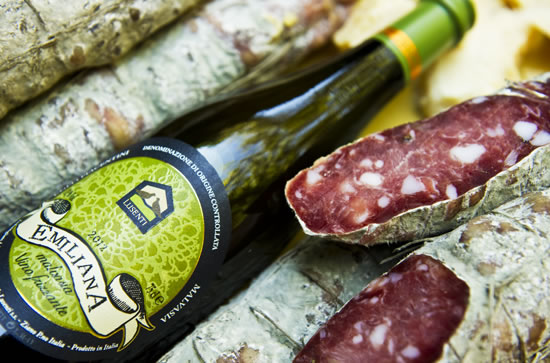 After a starter of mixed cured meats you can try the traditional pasta dishes from the Piacenza cuisine: anolini di stracotto, pasta filled with stewed beef served in a classic meat broth, tortelli con la coda, fresh pasta filled with ricotta and chard with the characteristic “tail” (coda) and pisarei e fasö, small gnocchi made from flour and breadcrumbs served with a bean sauce. The local cuisine, like many in Emilia, also offers a range of meat dishes, like the traditional picula ad cavàl (minced horsemeat) and coppa arrosto (roast pork neck fillet). Some trattorias also serve gnocco fritto (a kind of fried puffed up pastry), whereas if you go to the village festivals in Val Tidone you can taste batarö, a very tasty thin sandwich cooked on a griddle in a wood oven; it can be eaten on its own or filled with cured meats or cheese.
Several restaurant owners in the surrounding hills are bringing back the country tradition of “merende”, which had been lost for some decades: it consists of a rich snack with bread, cured meats, cheese and wine eaten in the afternoon. The wine traditionally drunk during this snack is sweet sparkling bonarda, but you can choose from among the different wines from our hills, according to your taste.